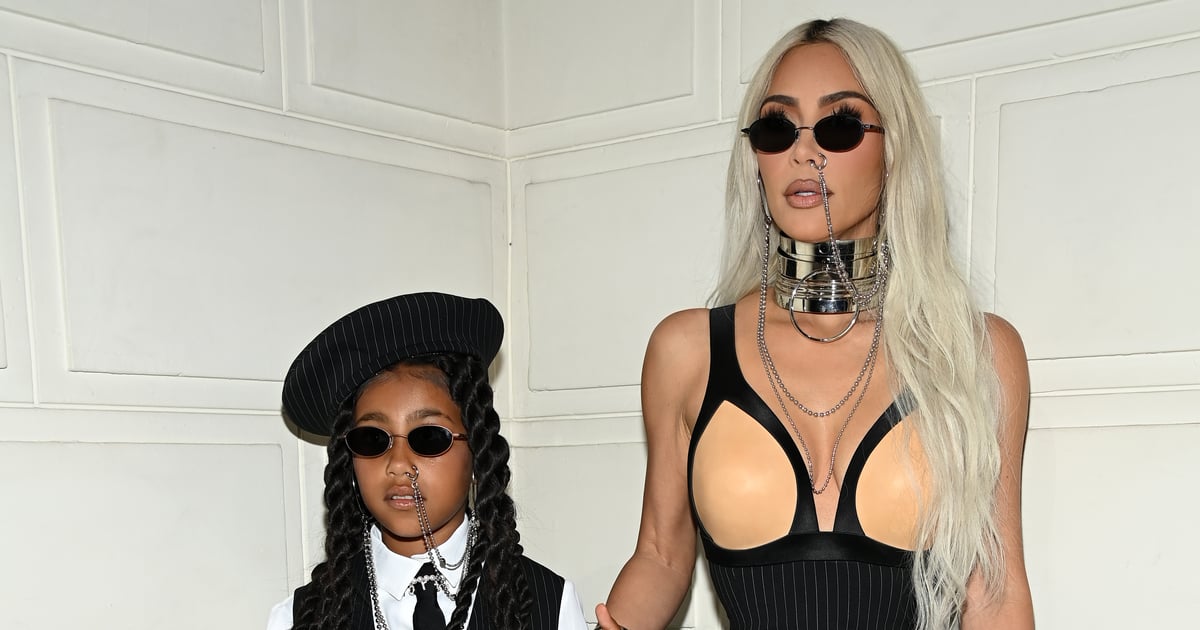 If anybody deserves a “snap, snap” from Thing proper now, it is North West. Kim Kardashian and Kanye West’s eldest daughter has been making a splash on TikTok ever since she and her mother began a joint account, however her newest video may simply be her greatest one but. On Dec. 1, North shared a video of herself recreating the immediately basic dance scene from Netflix’s “Wednesday” — and she or he completely nailed it.

The video begins off with North singing alongside to Lady Gaga’s “Bloody Mary.” (The music used on the present is definitely “Goo Goo Muck” by the Cramps, however followers have opted for Gaga of their movies.) At first, the video is in shade, however as she launches into Wednesday Addams’s dance routine from the fourth episode of the sequence, the clip switches to a black-and-white filter. Additionally, the pint-size TikTok star’s look subtly adjustments to match the goth queen’s model.

Suddenly, she’s sporting Wednesday’s braids and bangs, together with darkish eyeliner. The look and temper is so efficient, North would little doubt match proper in with Wednesday at Nevermore Academy.

Clearly, North was dedicated to nailing the now-viral “Wednesday” routine. Prior to her solo video, she additionally allowed her mother to get in on the motion in a separate black-and-white video. In the TikTok, she and Kardashian flip the musical second right into a duet as they each shake their arms above their heads and swing their hips back and forth in time with the music.

North and Kardashian are simply two of the numerous “Wednesday” followers who’ve recreated the present’s dance scene on TikTok since its premiere on Netflix. For her half, sequence star Jenny Ortega was simply pleased to have so many alternative influences to attract from to make the scene a actuality.

“Thanks to Siouxsie Sioux, Bob Fosse’s Rich Man’s Frug, Lisa Loring, Lene Lovich, Denis Lavant, and archival footage of goths dancing in golf equipment within the 80’s,” she tweeted. “Helped me out on this one.”

Keke Palmer Is Pregnant with Her First Child