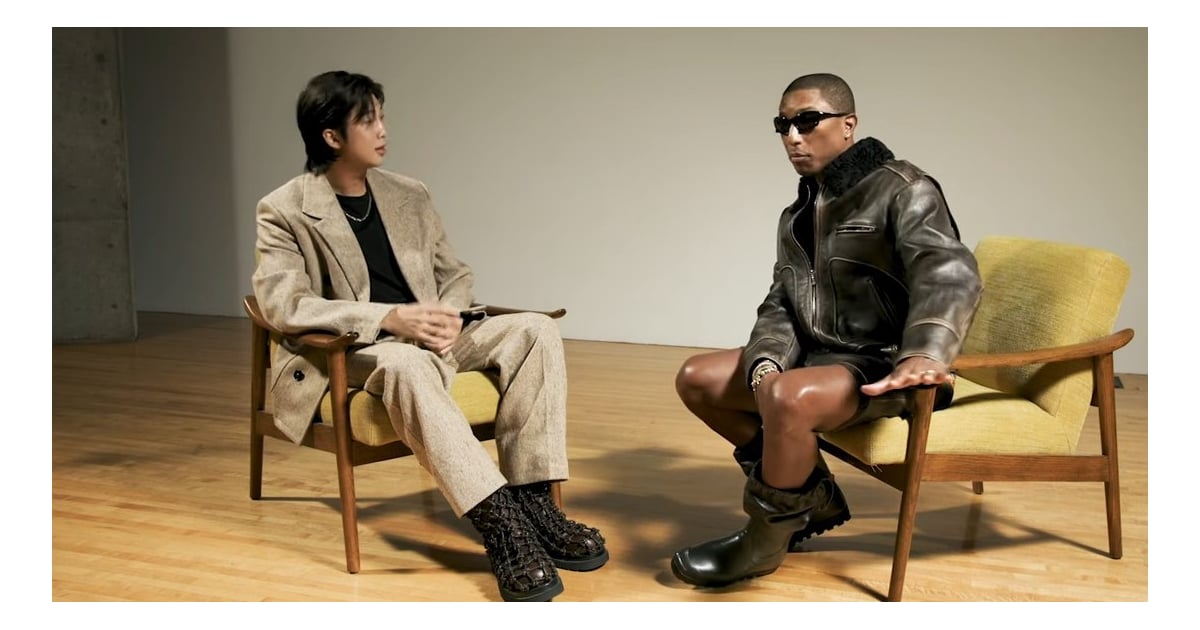 Another seismic collaboration from singer-rapper-producer Pharrell is coming your method, this time with megastars BTS. The artist behind hit collabs — together with “Get Lucky” with Daft Punk, “Blurred Lines” with Robin Thicke, and “Drop It Like It’s Hot” with Snoop Dogg — sat down with fellow multi-hyphenate artist RM of BTS for Rolling Stone’s Musicians on Musicians sequence. They interviewed one another in regards to the ins and outs of creating music, what it is prefer to endure the highs and lows of fame with out dropping one’s creativity, and even teased an upcoming collab (or two) within the course of.

RM, who’s exploring solo tasks as BTS takes a brief pause from making music as a bunch so individual members can complete their mandatory enlistment in the Korean military, opened as much as Pharrell about how he typically wonders if he nonetheless has a ardour for music in the best way he did as a teen. “I’m between my chapter one and two, like I stated, the group and solo,” RM shared. “Maybe I’m between music and perhaps [visual] artwork, between that. So typically I actually really feel afraid, like, ‘What if I do not like music anymore?’ I really like artwork. But it is considerably totally different . . . Sometimes I actually really feel afraid — like, music, it isn’t my very first thing anymore.”

Pharrell may relate. “Yeah. That’s non permanent,” he advised a relieved RM. “Then hastily you go, ‘Whoa. It’s the one factor I wish to take into consideration.’ It’ll occur.”

RM continues to be discovering inspiration in music. In truth, Pharrell teased that RM, alongside different yet-to-be-revealed members of BTS, will seem on his upcoming album. “My mission . . . the title of the album is ‘Phriends,'” he stated. “It’s the amount one. You guys are on there, clearly. And I’m truly speaking about this far more than I’m alleged to, however it’s a track from my album that [BTS] sang, and it is wonderful, and I’m tremendous grateful . . . Everyone that hears [the song] is like, ‘Whoa.'”

RM is also working on a solo album, which he advised Pharrell he is 90 p.c finished recording (it is rumored to be dropping someday in November). Before their interview wrapped up, Pharrell additionally spoke one other collab into existence. “I’m simply going to place this on the market. You stated you are 90 p.c finished together with your solo album. But if inside that final 10 p.c, when you want — you do not want me, however I imply . . .  If you wish to do one thing, we will truly do it . . . and you inform me what you need. Up-tempo? We go up-tempo.”

“I’m honored and grateful,” RM responded, seemingly confirming that the pair will hyperlink up another time on RM’s mission.

Neither Pharrell’s “Phriends” album nor RM’s solo album have official launch dates but, so try their full Rolling Stone interview beneath to carry you over till we get our subsequent replace on their extremely anticipated releases.

You Can Now Buy the “Stranger Things” Henry Creel House